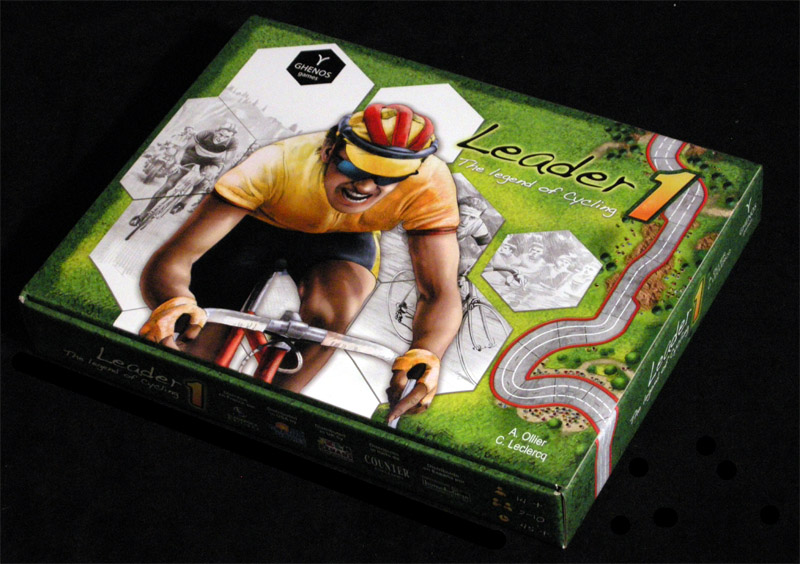 Like all great games, this game is provoking reactions. For instance, Daniel Kazaniecki has been quick in adding variant rules: http://www.boardgamegeek.com/thread/353303

And of course, Ghenos games has issued a Giro d'Italia box and a card game in 2009 and Leader1: Hell the North in 2011

I admit I don't have much time to play games lately, so I cannot really say if these variations improve the game, or how much. But I'll be delighted to have your opinion ;-) 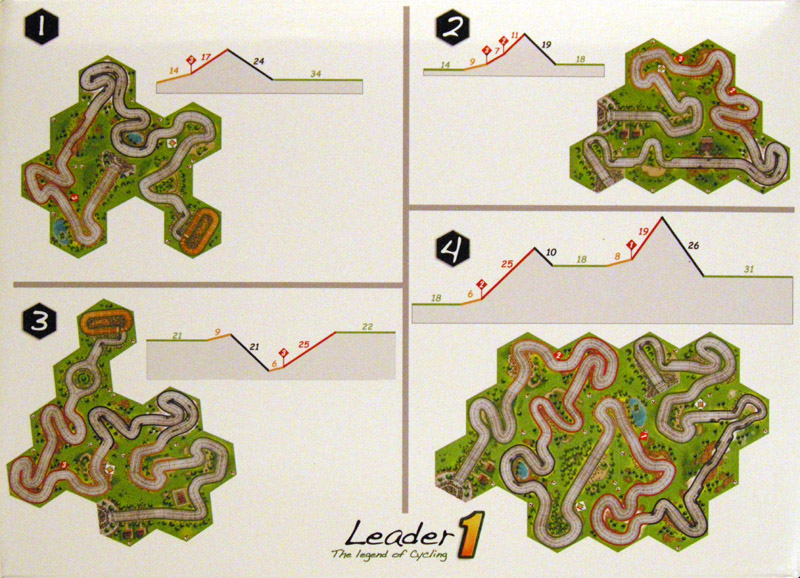 Many possible board configurations. 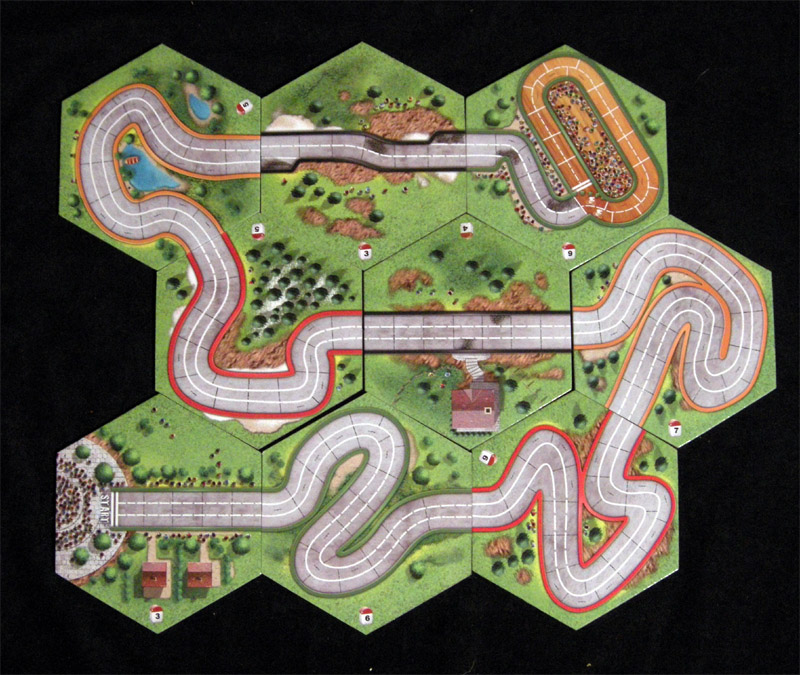 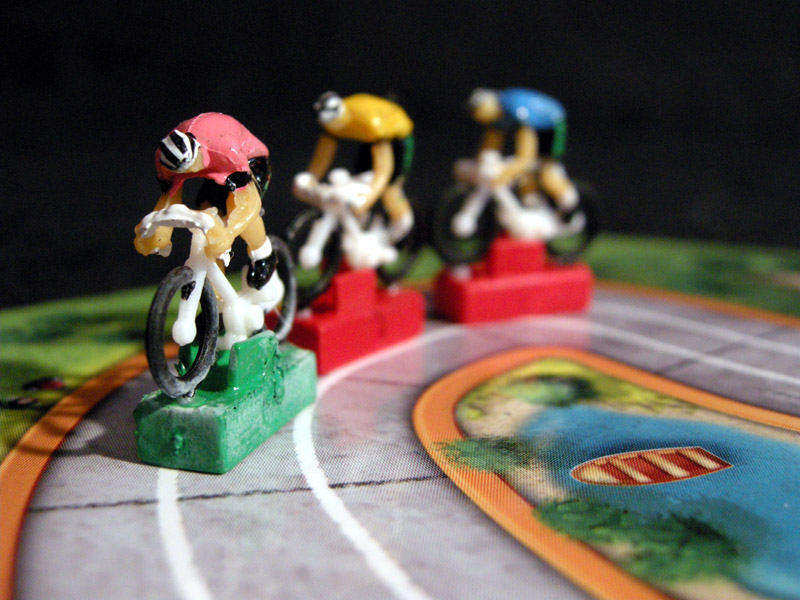 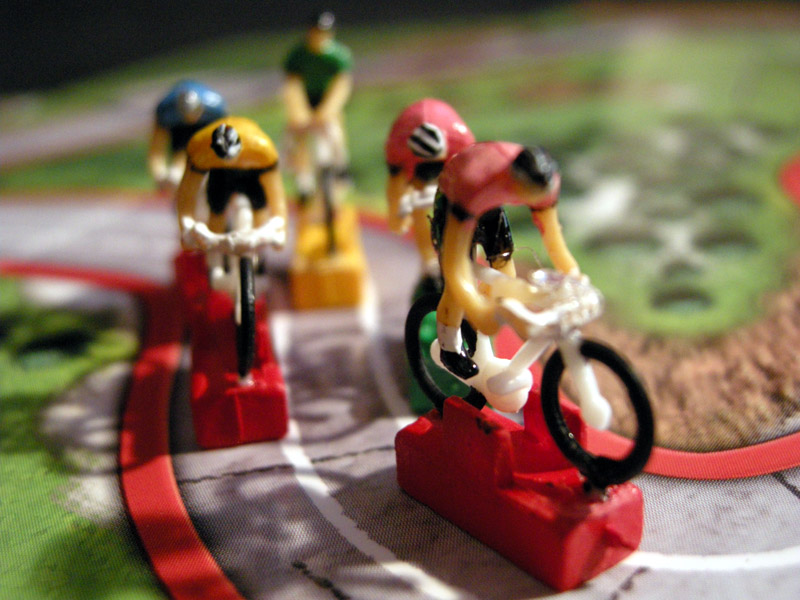 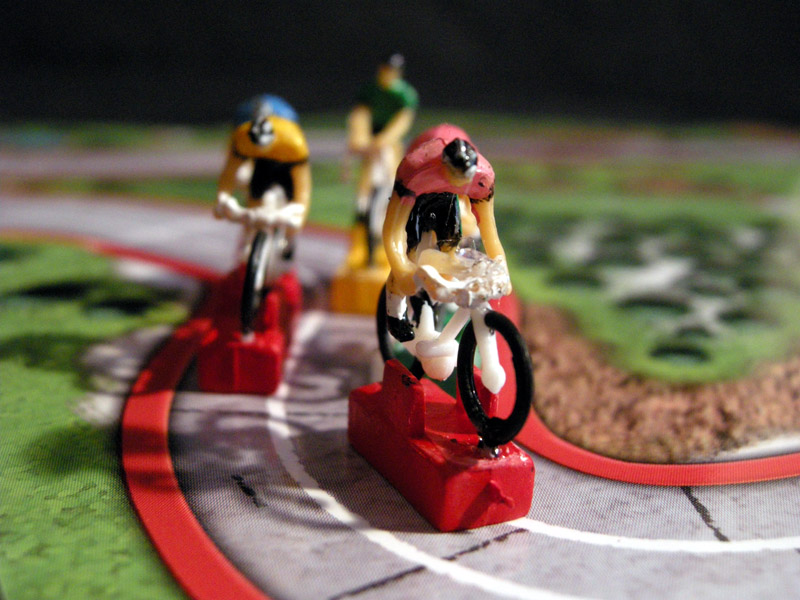 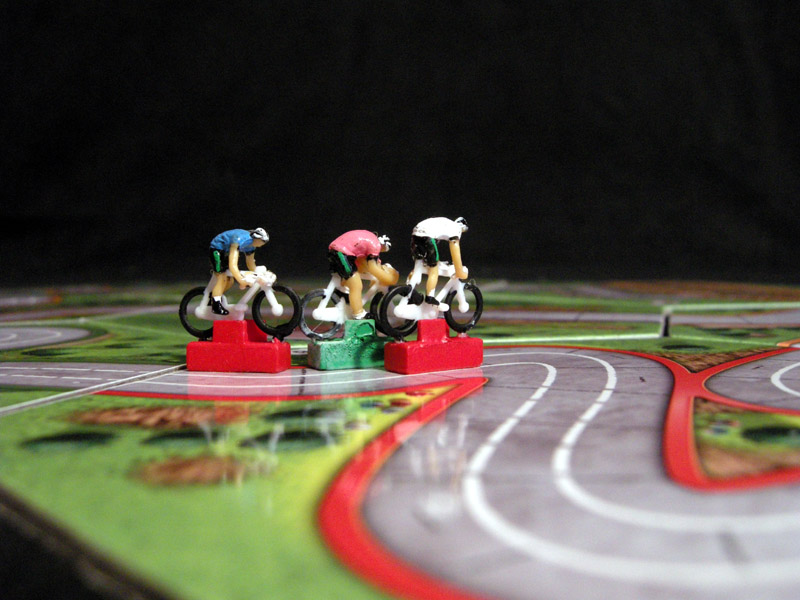 Typical configuration at the beginning of the race. Two riders on a breakaway, and one already left behind. All the rest remain in the peloton. 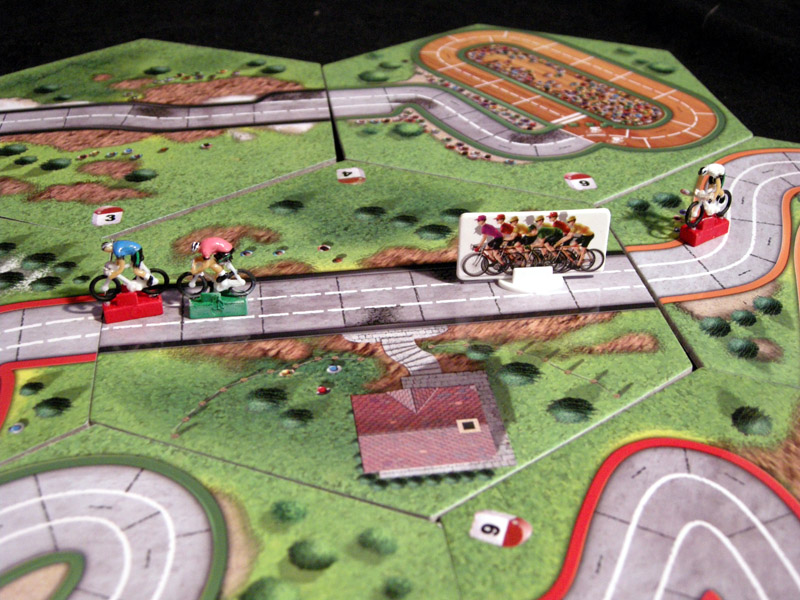 Among the many different finishes provided, my favorite is the cycling track.

A normal D12 and a modified one. 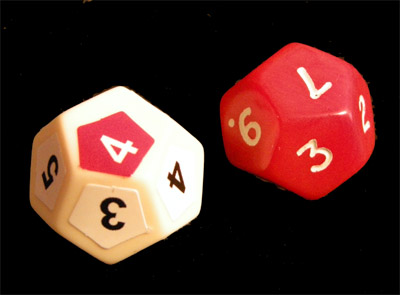 I must thank the makers of this game for sending me a free copy.

In search of more realism, Daniel Kazaniecki has added so many variants to Leader 1 that he feels he has almost a new game. He has called it "Leader 2". The rules can be downloaded from Boardgamegeek.

Just have a look at the appendixes to see how far things have gotten: :

Up to you to judge if it is a different game, but the variants are interesting in any case.