One of my favorite simple games, maybe because it's one of the first I had, and I have played it quite a lot.

This game represents a six-stage race. In fact there is no limit for the number of stages, but there are six on the score sheet. The minimum is three. The best of the game is that the stages are short enough (around 15 minutes) that a full six-stage race can be played without trouble.

Each player has only one rider, but, strangely enough, the time-trial stage is a team time trial. Strangely too, the lots are not dice but a spinner for all stages except, again, for the time-trial, where dice are used. (You throw as many dice as riders in your team, and assign each die to the rider that needs it most in that particular moment of the stage: you cannot do that with just one spinner).

Each player receives two "tactic" cards for each stage, and that is the only strategy the game has: to decide when (and possibly against whom) these cards are used. (As I said, in the time-trial stage players have more choices). Furthermore, each time rider falls on a square marked with a "T", he gets one card which must be played immediately.

Another relevant feature of this game is the two intermediate sprints (since the mountain section is just another intermediate sprint). The sprint sections consist of 4 shaded squares. When any player on his turn crosses the line at the end of the section, players complete that round and only players who have reached or passed the section are eligible for the "Shake Up", which goes as follows: The eligible player farthest behind the leader throws six dice. After the first throw he may either throw all six dice again or select one or more of the dice showing high scores and leave them on the board, throwing the remaining dice, and repeating the process making three throws in all. The total of the dice on the board at the end of the three throws is added up and remembered. When all eligible players have done the same the player with the highest score is the winner of the section, and receives 15 bonus minutes. If there is a second and third highest they receive 10 and 5 respectively. In the event of a tie the players concerned throw again. If one player only is eligible he receives 15 bonus minutes and no other bonus are awarded.

The minute count is not realistic, it must be said. The stage time for each player is 4 hours. Every player accross the line in the winner's turn, irrespective of position, takes 4 hours. The winner gets a 15 minute (!) bonus. All other players take 4 hours plus 2 minutes for every mile they are behind the line (a square is 2 miles, so it's 4 minutes per square). In the time-trial stage the total time is not added but there is a bonus of 30, 20 and 10 minutes for the first three teams instead.

Since the riders move without any strategical subtlety, all six riders take part in the race, even if there are less than 6 players. The players take turns to move the "free" riders (to spin the spinner for them, I mean). These free riders don't receive strategical cards at the beginning of the stage, and don't play negative cards against other players if they get them during the race. Since they don't have the cards' advantadge, they should probably stay behind in the long run. Nevertheless, this is compensated somewhat by the fact that human players tend to play negative tactic cards against other human players and not against the free riders.

For the time-trial stage, if there are three players, each one takes care of one of the free teams. In this case, the free teams should run first. Nevertheless, if there are four or five human players, they run the stage first and the worst player(s), who will not get any bonus, take the free teams and try to qualify among the three first teams, as a way to prevent the other players from having the bonus.

Of course, if one of the free teams is a direct rival for any other of the teams in the general classification, there should be a consensus among the players regarding who manages the free team during the time-trial stage. 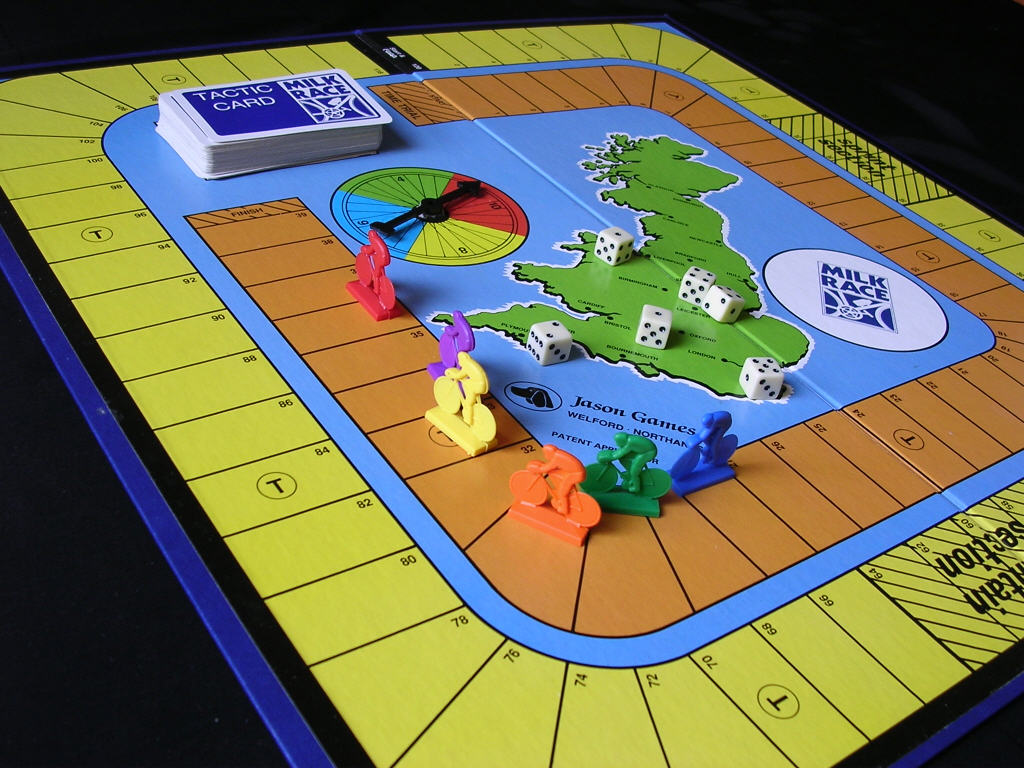