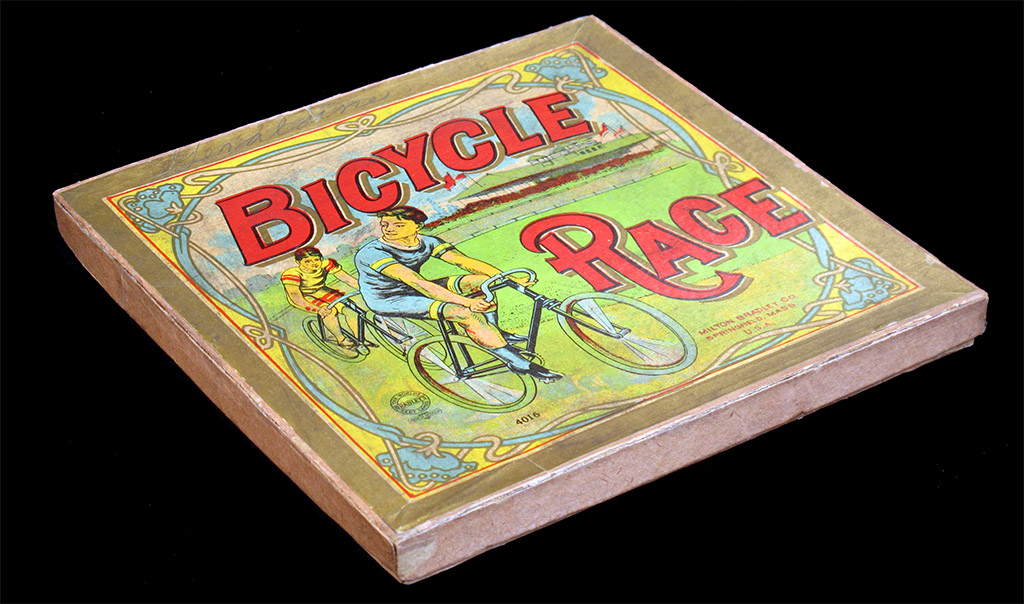 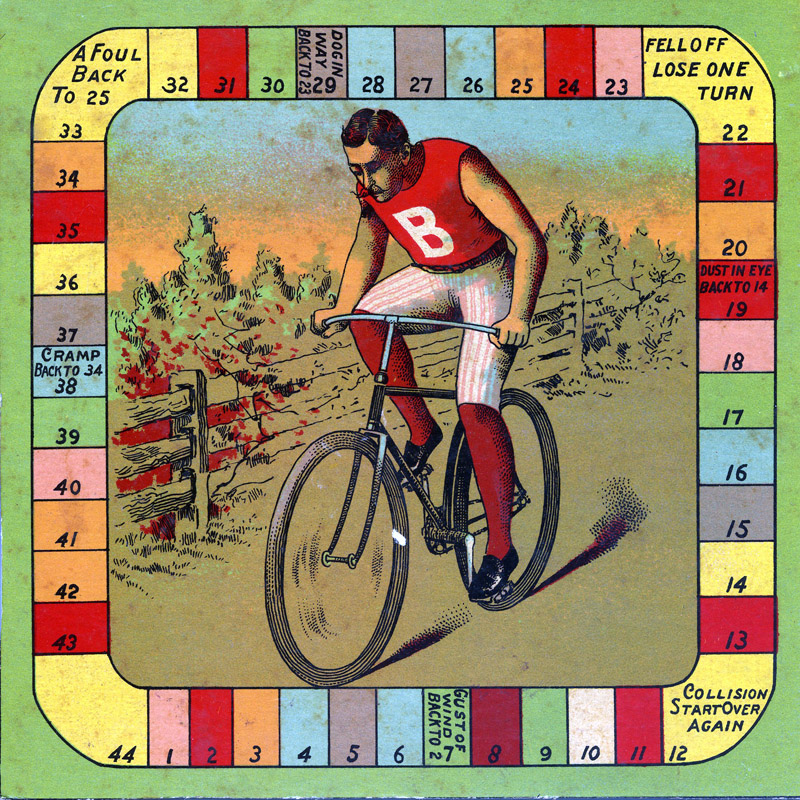 Both the board is identical in both games I have. By the way, You can print it and play. You welcome  ;-)

Here are the spinners.

The rules are  identical in both versions, but the first game (the one with the spinner 1-to-4) does not have sentence about sending 4 cts. in stamps for a catalogue. 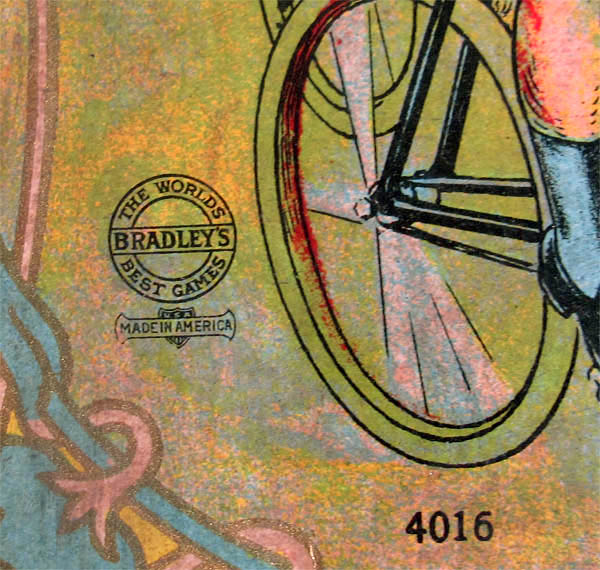 Detail of the first game. 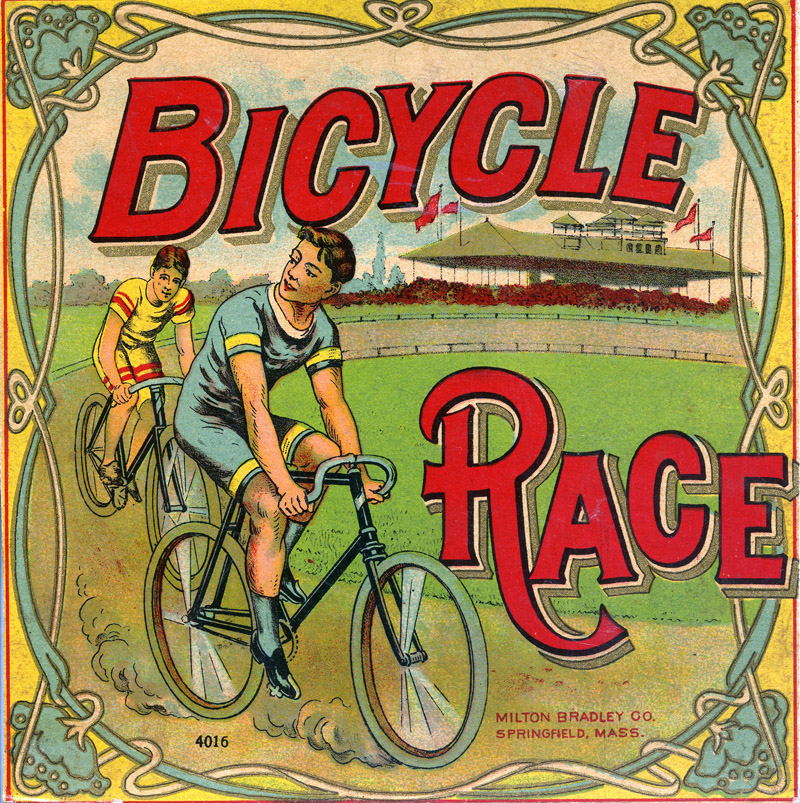 Cover of the second game.

Here is a found picture (I mean, I did not take it) of another game in this series. 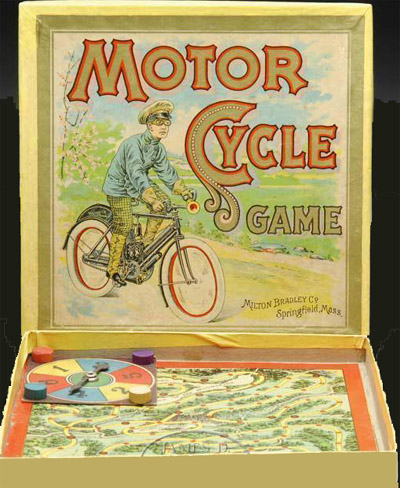 Look at this other picture I found on eBay: it is another version of the same game, but it is called "Bicycle Game". According to Malloy's book, Milton Bradley produced a game called "Bicycle Game" in 1895. It might be this one. (By the way, notice the teetotum, but also notice there are far too many things in the box, including a couple of dice). 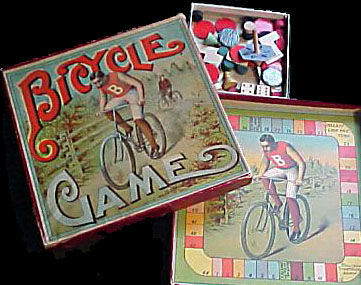 I received this game in poor condition. The box was crushed, as you can see, probably (but not only) due to poor packaging when posted. Unfortunately, this is too common. No, a bubble-wrap envelope is not enough. No, the guys are the post-office will not treat stuff with care, even if it is marked "FRAGILE". In this case, the box has been restored by my friends from conservado.es, whom I absolutely recommend, and the results are those of the picture at the top of this page.  :-) 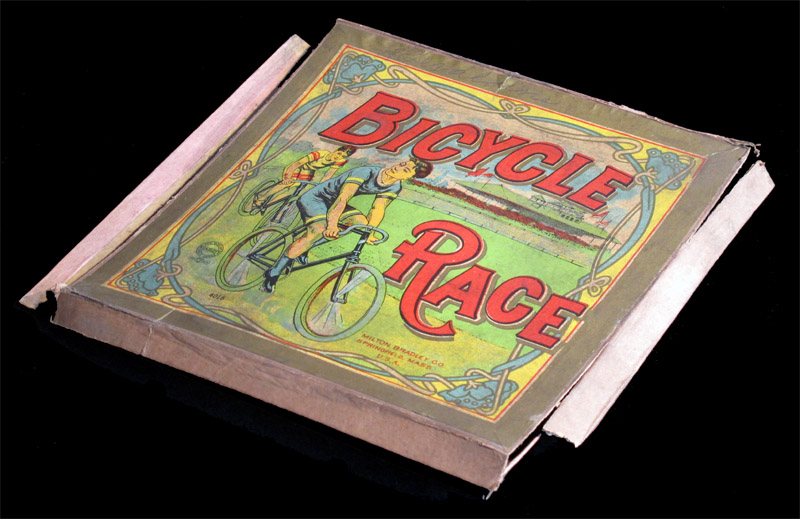