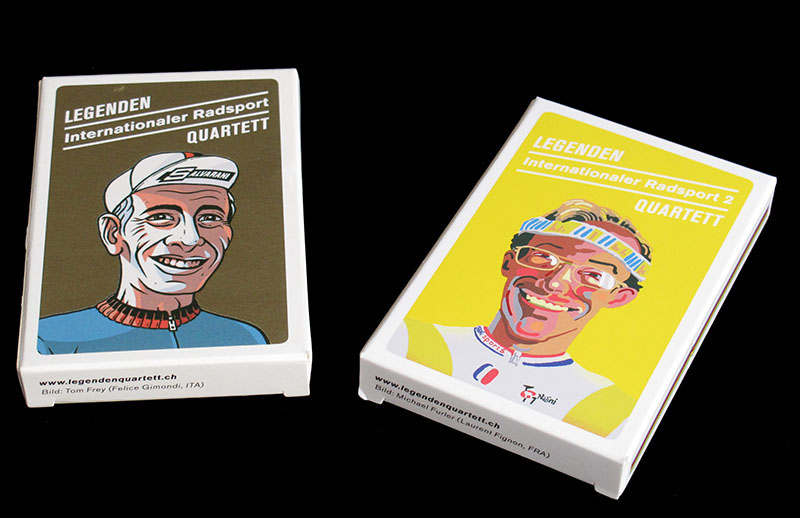 Very fine Swiss game of the "high values"/quartett family. Of which there are two independent editions, the first one released  2015 and the second one in 2019. In each of them 40 cycling legends are grouped roughly by countries and what makes these decks so special is that is special is that each country is illustrated by a different hand.

In the same collection there are also games dedicated to formula 1, ice hockey, tennis, ski and Swiss football. So far. Cycling is the first sport to have a second deck. What is truly amazing is not only that each game features ten different graphic artists, but that the artists in the different games are also different. That makes a lot of illustrators featured in the collection. 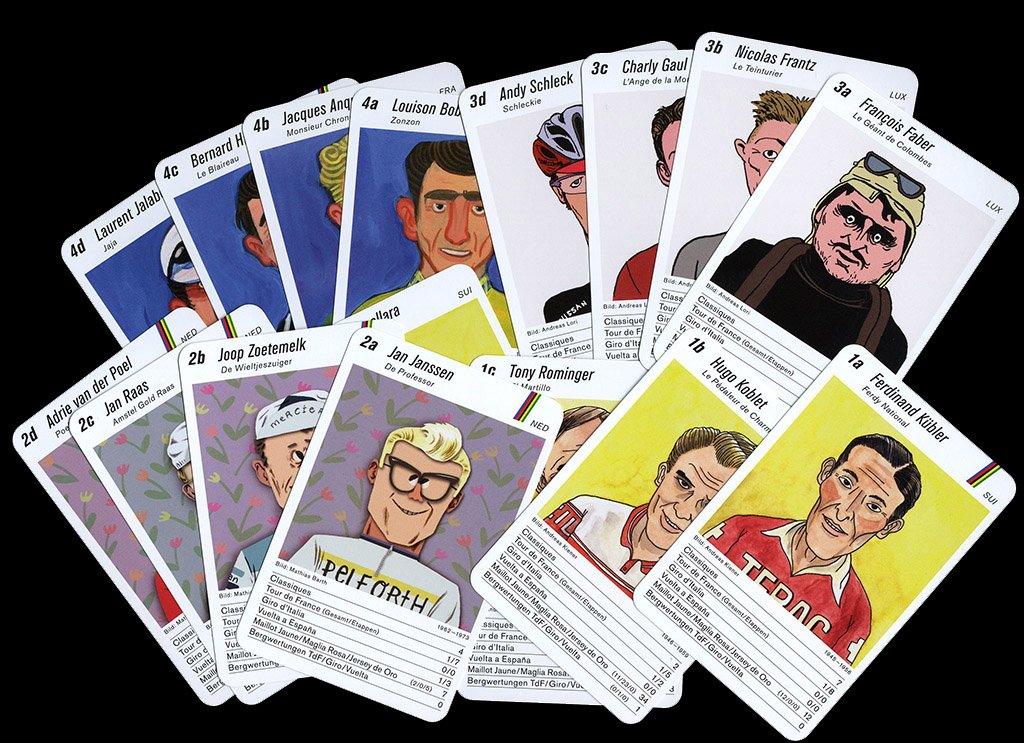 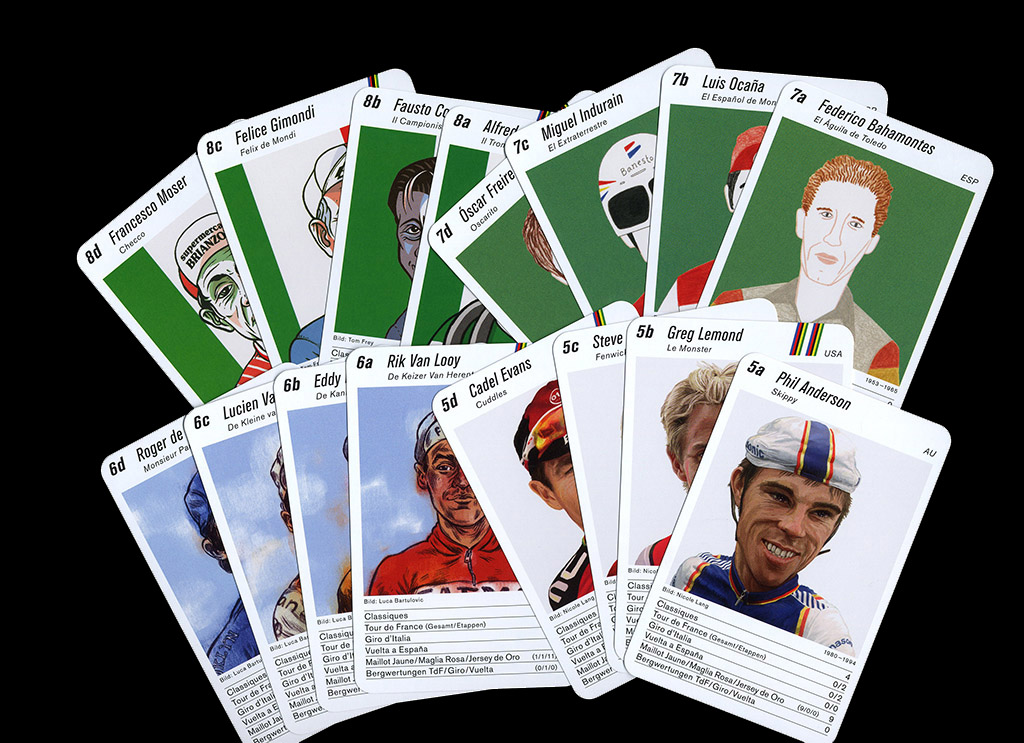 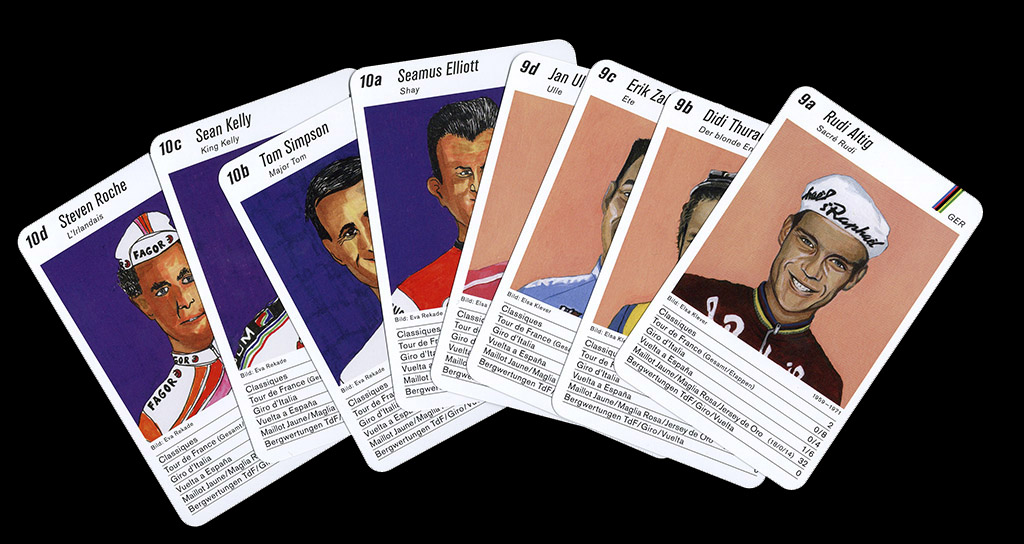 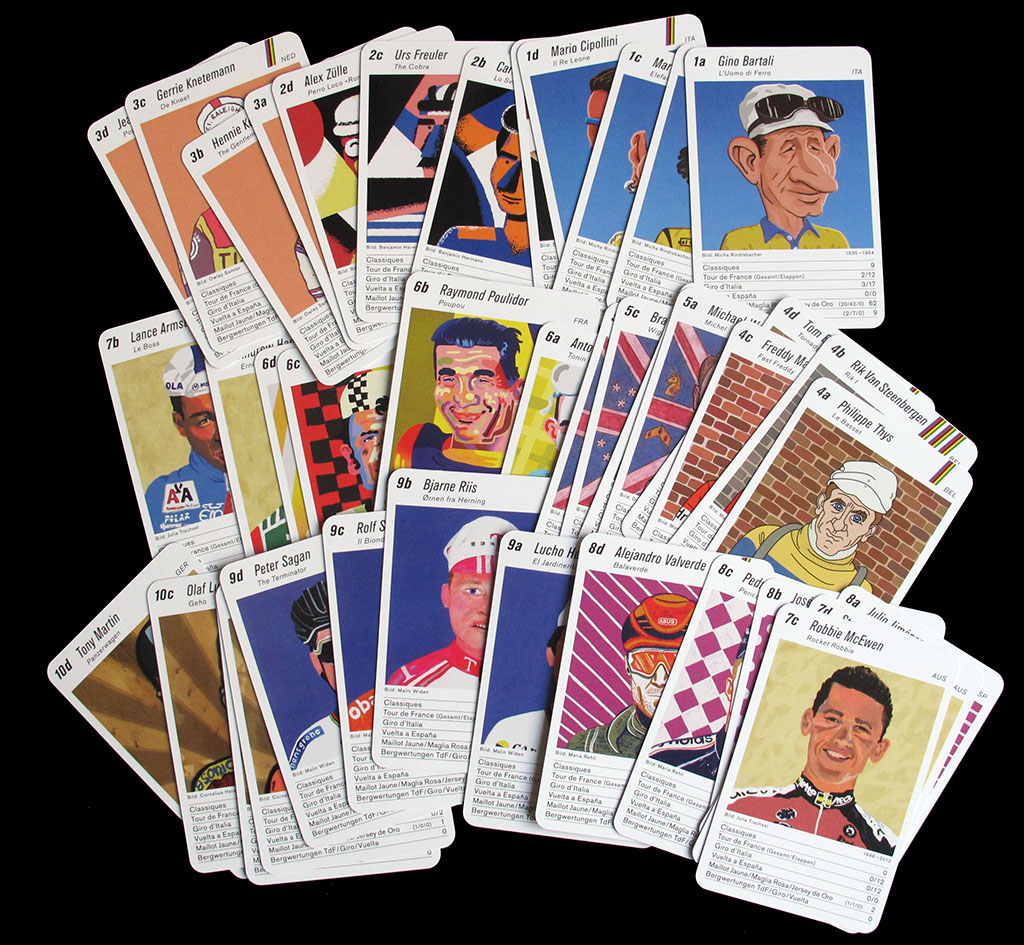 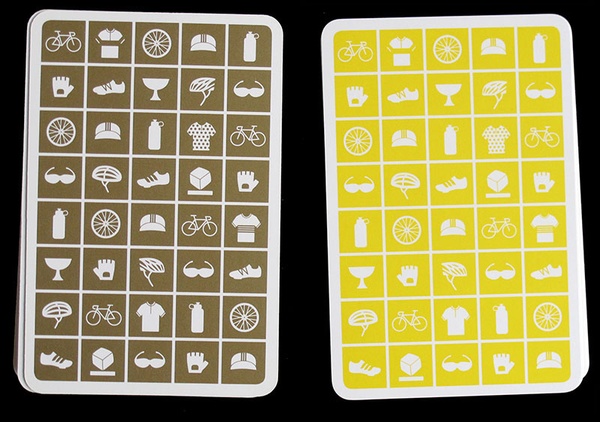 The back of the two decks are different, which means that the games, in principle, are not meant to be mixed into a single larger deck. While it is true that you cannot play "happy families" with a double, deck, it is perfectly possible to play a "high values" game  with both decks, even though in purity it would be preferable to have the backs of the same colour. 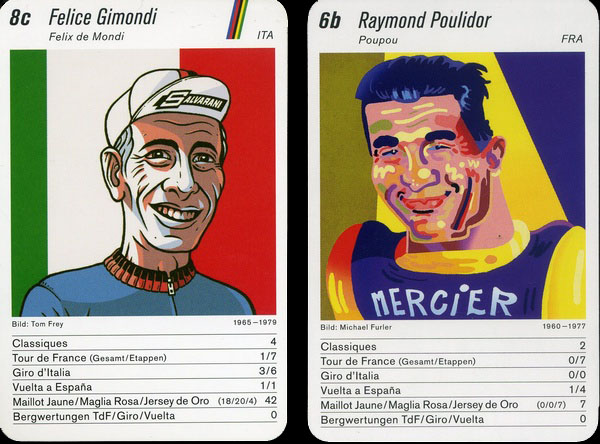 By the way, to play "high values" you have up to 16 different categories to chose from, including the number of days in which a particular rider wore a leader maillot in each of the three grand tours, or the number of times he won the King Of The Mountains classification, although not all the riders have values in the latter.  The he sixteenth category is the is the number of world champion titles, marked by the number of rainbow stripes on the topmost right corner. I admit that I had not noticed it at first sight. Thanks, Marcel, for enlightening me ;-)

However, I must add, the main value of these decks is not as playable games (which of course they are) but as collectable items (which cannot be said to be true of all games).

Back to the card games section